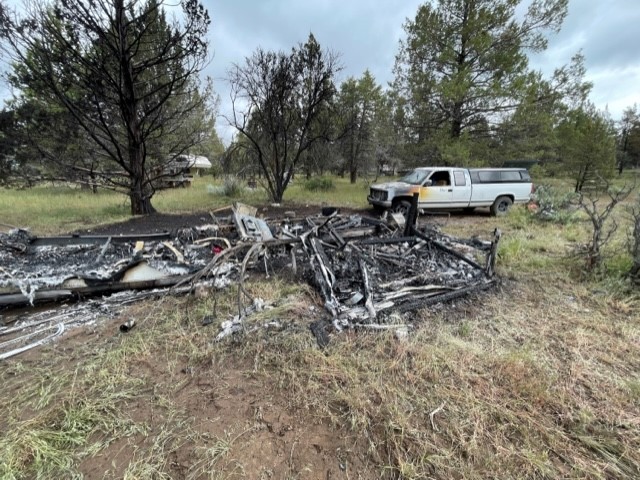 KLAMATH COUNTY, Ore. – The Klamath County Sheriff’s Office in looking for a woman they say set a trailer on fire.

On June 4th, the sheriff’s office responded to the area of Blue Bill Lane and Wigeon Drive for a possible arson.

When they got there, a woman said her camper trailer and pickup was set on fire while she and her two dogs were sleeping inside.

KCSO said after an investigation, deputies learned that 32-year-old Porsha Weaver set the trailer on fire, stole a vehicle, and fled the scene.

The vehicle was found but Weaver is still missing.

If you have any information about this case, call the Klamath County Sheriff’s Office.