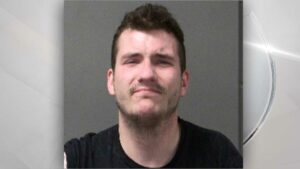 KLAMATH FALLS, Ore. — A suspect was arrested in connection with a double homicide in Klamath Falls that happened over a year ago.

Police said in the early morning hours of November 20, 2019, a shooting at Fairview Park left two people dead and one injured.

Klamath Falls Police Seargeant Ed Foreman headed up a lengthy investigation that eventually led to the arrest of 30-year-old Sean Brazil-Gates on February 25, 2021.

Brazil-Gates is charged with murder, manslaughter, unlawful use of a weapon, felon in possession of a weapon, and perjury.

No further information about the investigation was provided by officers.