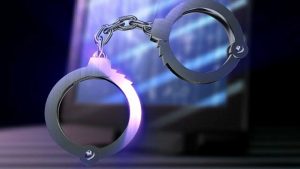 KLAMATH FALLS, Ore. — According to the Klamath Falls Police Department, on Monday, July 14, 2021, it responded to a call involving a sex crime against a minor.

Almost three months later, on October 6, 25-year-old Jonathan Marks was arrested and lodged at the Klamath County Jail. Through an investigation, police say Marks engaged in sexual conversation with a 12-year-old juvenile via Facebook Messenger.

Jonathan Marks was identified as a youth mentor at an organization in Klamath Falls. However, through the course of the investigation, police said interviews revealed Jonathan Marks was in fact, not a current mentor with any local agencies, and had previously been terminated for inappropriate and concerning behavior.

He was booked on charges of luring a minor and commercial sexual solicitation.