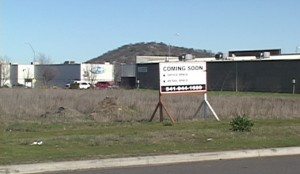 Medford, Ore. — The Medford Site Plan and Architectural Commission gives the go-head for phase 2 of the Delta Center expansion.

The near 5 acre lot will eventually be home to more than 30,000 square feet of commercial and office space. Contractors haven’t said what will be in the new space, but residents like Greg Clark hope it will include small businesses.

According to the plan, there will be two buildings built on the parcel, and nearly 200 parking spaces.