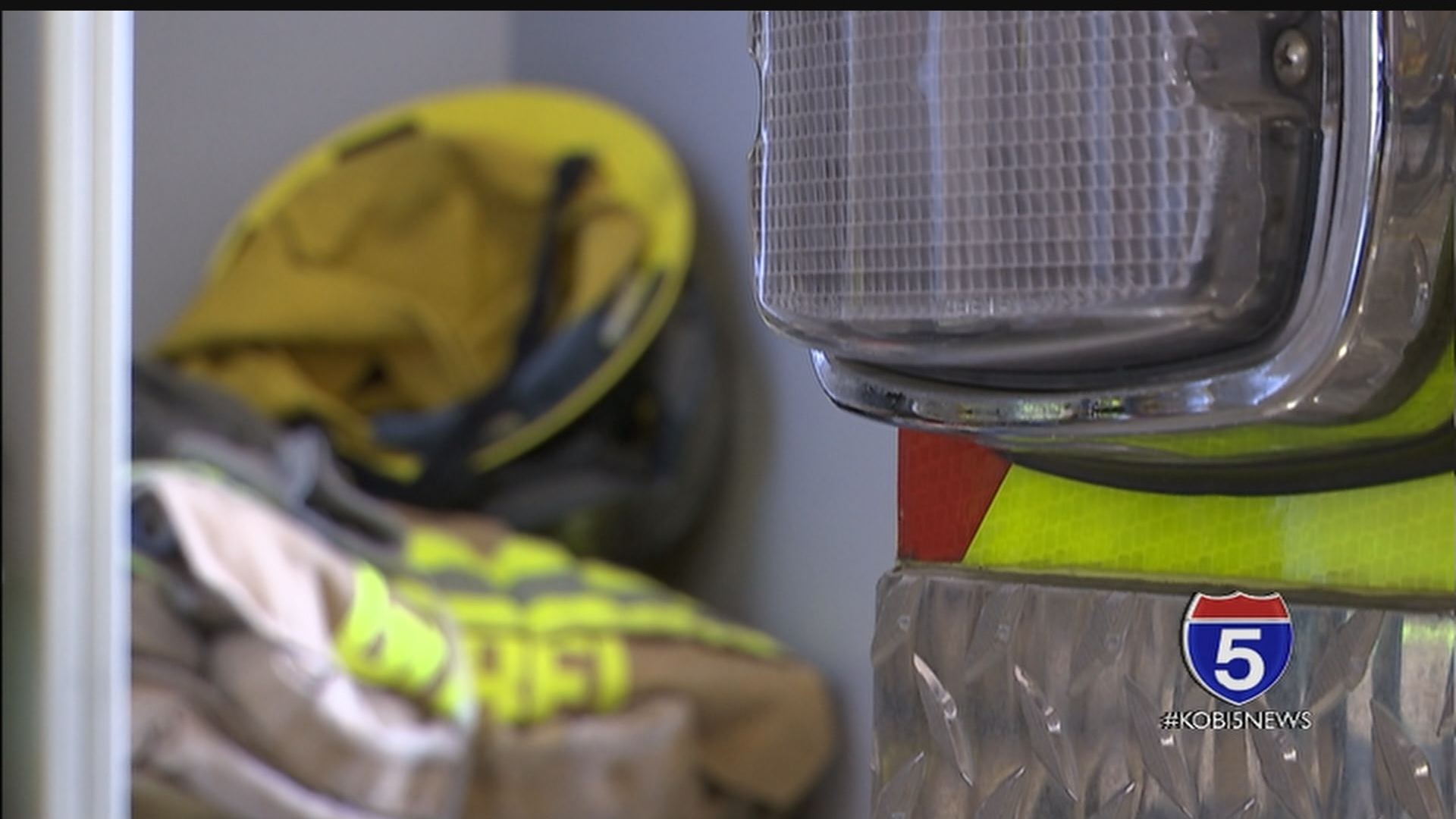 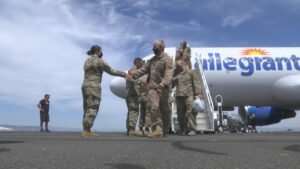 On Tuesday, the first batch of the 1-186th Infantry Battalion touched down at Medford’s airport to a quieter than usual welcome home. But it was no less meaningful.

Stepping on Oregon soil for the first time after so long, for these men and women of the National Guard, it feels good to be home.

While the celebrations weren’t as public this time there were still groups like Medford police that came out to welcome home one of their own. Others waited with anticipation to see their loved ones.

“I know Carrie and the family are excited and all these guys are excited so,” said Cpt. Kirkley. “Different times from when we left!”

Oregon’s National Guard 1-186th left for its mission in the Horn of Africa last October. There the soldiers provided security and stability at Camp Lemonnier in Djibouti.

However, no one foresaw covid-19 making for a unique deployment this time around.

“My previous deployments we had a lot of resources, we were expecting who the enemy was and what we needed to do,” said Battalion Physician Jon Park. “But when COVID hit all of sudden we had a whole different enemy.”

In their eyes, this was an unforgettable experience that has helped each of them grow and after quarantining in Texas before returning home these troops are back, ready to start civilian life once more.

The soldiers were bussed to the Jackson County Expo later in the afternoon. They were greeted by their families and received their final orders before returning to their civilian lives.

This was the first batch of nearly 500 troops that went on the mission. The next batches of troops are expected to land in Oregon at the end of the month after they quarantine for two weeks.