Newly Resurfaced Roads Have to be Redone 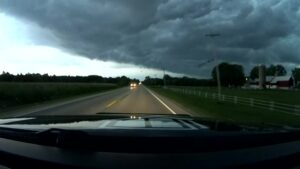 MEDFORD, Ore. – With Sunday’s weather many people in our area were without power. But Pacific Power told NBC5 News it was ready for the storm.

Sunday brought gusty winds and rain, which led to some mother nature mischief. Pacific Power said at its peak 14,000 customers were without power, many in the Portland area.

But the agency says it brought in its own meteorology team to prepare.

“They’re giving us a forecast, a deep dive, and granular look at how that weather might impact our systems,” said Drew Hanson, Pacific Power.

Pacific Power said as we get into the colder months it’s important to prepare. Always have an outage kit that includes a flashlight, food, and water.