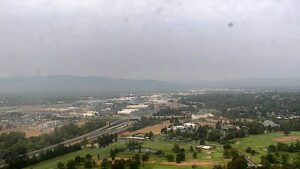 The advisory was in effect for Jackson, Klamath and Lake Counties. Klamath County Public Health said the air quality index was so bad Monday morning it was in the hazardous range.

“Being indoors is one of the best things to do when you are having bad air quality,” said Valeree Lane with Klamath County Public Health, “but there are things you don’t want to do while you’re indoors… burn candles, do the vacuuming.”

The Oregon Department of Environmental Quality said smoke levels can change rapidly depending on weather, you can check current conditions here on kobi5.com. The DEQ expects the advisory to last until at least Wednesday night.