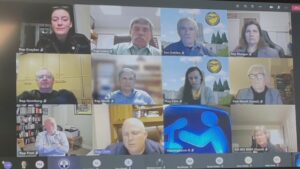 OREGON — A legislative session is still under way tonight via Zoom, allowing southern Oregonians impacted by the Almeda Fire to speak to the senate committee about their concerns.

Over 60 Oregonians signed up to testify during the session, including local non-profits, government and Phoenix-Talent School District officials.

Each person was allowed 3 minutes to speak.

NBC5 News recently spoke with representative Pam Marsh, who says this session is a big step towards funding.

“After we have the public hearings and gather the input from the electives, and then infuse that with the recommendations that came from the governor’s wildfire recovery council that met last fall – then we’ll get down to making some recommendations around budget expenditures,” said Marsh.

Many concerns focused on the need for affordable housing, faster asbestos testing and better greenway clean up to prevent future disasters.