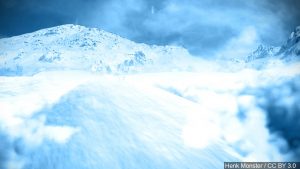 YREKA, Cali. – Friends of an Ashland man who was killed Wednesday by an avalanche in Siskiyou talk about the loss.

Thursday morning crews in Siskiyou Co. recovered the body of Ashland man Brooke Golling. After Golling and a friend were caught in an avalanche Wednesday.

His friend, Benjamin Koerber was able to escape, but for Golling, it was too late.

“You have about 15 minutes, and after that chances of survival are really low. Even though we got him pretty quickly within 20 to 35 minutes, it wasn’t quick enough,” said Nick Myers from Mt. Shasta Avalanche Center.

Myers was one of the rescuers who recovered Gollings body. He said Koerber did all he could once he found his ski friend.

“We did CPR for an hour and a half and was unable to revive him,” said Myers.

Siskiyou Co. Sheriff Jeremiah LaRue told NBC5 avalanches are not like what you see in the movies.

“Oftentimes they’re sudden and you don’t realize they’re there until you’re part of the avalanche,” said Sheriff LaRue.

Avalanches are more common in the backcountry than in ski resorts. That’s why Mt. Shasta Avalanche Center says know before you go. According to Mt. Shasta Avalanche Center get the right equipment like avalanche airbags, probes, and a shovel. It’s also important to know how to use that equipment in the case of an emergency. Make sure everyone in the group is prepared for the worst-case scenario.

Friends of Golling are now mourning the sudden loss.

“At first you’re just in shock. And then a couple of hours later you can’t stop crying about it,” said Curt Bowen.

Bowen was a close friend of Golling. He even officiated Golling’s wedding. He’s now devastated he won’t see his friend again.

“You always think it’s going to be next year. And sometimes that doesn’t come,” said Bowen.

The loss of the young Ashland father and husband, with his whole life in front of him, left many without words.