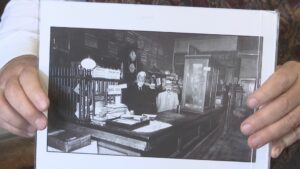 JACKSONVILLE, Ore. — The oldest bank in the Pacific Northwest is opening its doors for tours and it’s located right here in Jacksonville!

Beekman Bank was established in 1856 on California Street.

It was originally a gold dust office. It became a Wells Fargo Bank branch in 1863.

“It’s a special place because it’s been preserved as a museum since Beekman locked the door in 1915,” said Historic Jacksonville President, Carolyn Kingsnorth.

“There’s no glass or bars, you can actually walk around and explore the building,” said Southern Oregon Regional Historian, Ben Truwe.

Tours are open 11 – 3 on Saturdays and Sundays starting this weekend until September 5th.

The tours are free, but donations are accepted to preserve the historic bank.