Medford, Ore. — It happens far too often in Southern Oregon and Northern California. People who consume drugs or alcohol then get behind the wheel. For officers to identify a drunk driver is one thing. But recognizing if a driver is high on prescription or recreational drugs is another.

More than a dozen officers in the Rogue Valley are trained to do just that. They’re called Drug Recognition Experts or DREs. They undergo extensive training not only to be able to identify if a driver is high, but what drug they took that makes them a danger on the roads.

“Some of the most serious crashes I’ve seen have been marijuana related, and not alcohol related,” Medford Police Corporal Trevor Arnold said.

Arnold is one of Medford’s ten DREs.

If a driver is pulled over and appears to be impaired, but their blood alcohol level is below the legal limit, a DRE is called. To determine what drug someone is on Arnold analyzes the body’s natural responses. The tests include matching someone’s pupil size to different sized circles on an index card.

“You can’t tell your eyes to dilate or constrict just by thinking about it,” he said.

Another tests the person’s sense of time. Arnold believes there will always be a demand for DREs, but the workload isn’t his biggest challenge.

“That’s probably the biggest issue, not being able to catch everybody before they crash,” he said.

But it’s something he’s willing to work toward. 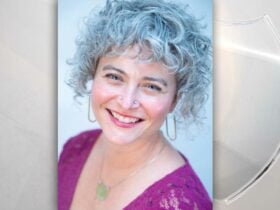