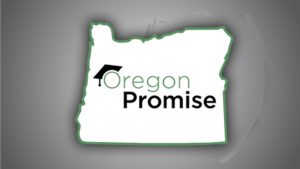 The Office of Student Access and Completion (OSAC), a part of the Higher Education Coordinating Commission (HECC), said the office is potentially facing $3.6 million in cuts to the already approved 2019-2021 budget.

Oregon Promise grants are for graduating high school seniors or those who have completed their GED this year. It can be used for up to 90 credits of tuition at any community college in Oregon.

If the Oregon Legislature votes in favor of the cuts, OSAC will have to revoke funds given to students who have an Expected Family Contribution (EFC) between 18,000 and just under 34,000.

“We expect that around 1,550 students who were previously told they would receive the grants under the funding levels previously set they would have their grants revoked if this budget cut were to take place,” OSAC Director Juan Baez-Arevalo.

Baez-Arevalo said students impacted would’ve already gotten an email from its office. If applicants want more information or have questions, call OSAC at 541-687-7400.