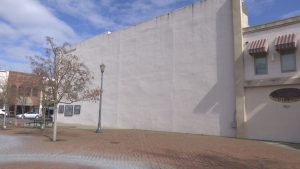 MEDFORD, Ore. — Artists might want to get out their paintbrushes. The City of Medford plans to install a mural downtown and it’s looking for design submissions.

The piece needs to represent the history of Medford and include a tribute to the Pear Blossom Festival.

“We’re super pumped to bring this mural to Medford,” said City of Medford Community Relations Coordinator Kristina Johnsen. “We hope that its a great representation of downtown and brings a little more spunk.”

Artists looking to submit their ideas can find the proposal on the city of Medford’s website.

All design submissions are due by April first to the city’s parks and recreation department by mail or e-mail.