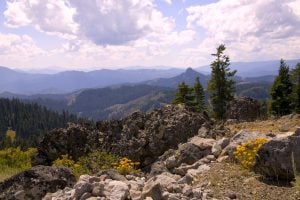 The Oregon Office of Emergency Management is taking the opportunity to remind people to be earthquake ready.  OEM said Oregon is one of the most earthquake-prone areas in the continental U.S.  The agency also said there’s a 40% chance the 600-mile fault line could move again in the next 50 years, resulting in high-magnitude earthquakes, even tsunamis.

“We have learned if nothing else this last year with COVID and the wildfires, is that these large scale events can happen at any time whether you’re prepared or not,” said Althea Rizzo, OEM’S Geologic Hazards Program Coordinator.

OEM said to have two weeks of food supplies if possible. The agency is reminding people to drop, cover, and hold on in the event there’s an earthquake. It also said when visiting the Oregon Coast to be aware of the tsunami evacuation route.