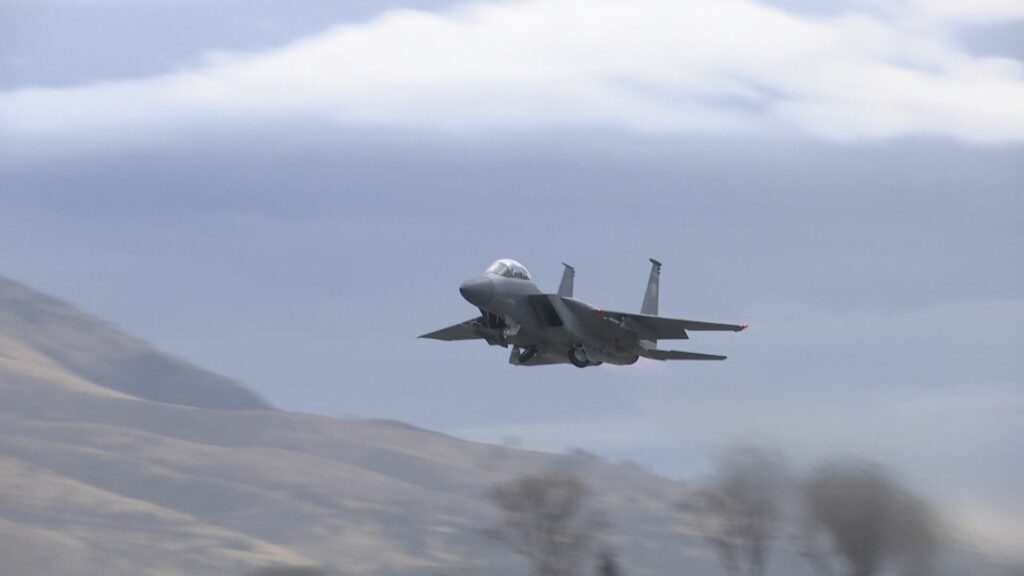 KLAMATH FALLS, Ore. – A change in command took place on May 15th at Kingsley Field in Klamath Falls. Colonel Lee Bouma, who has nearly 25-years of military experience, has taken command of the 173rd Fighter Wing.

Colonel Bouma has previously held numerous positions at the base, including Maintenance Squadron Commander, and Mission Support Group Deputy Commander, among others. He is replacing Colonel Jeff Edwards who had commanded the wing since 2019.

“Thank you to all the Wing for the trust and support that you have in me, I look forward to showing up on Tuesday and getting back to the business we do here at Kingsley which is awesome stuff, thanks again,” said Colonel Lee Bouma.

Colonel Bouma says he isn’t taking the position for personal gain, rather he is taking it because he wants the best for the Fighter Wing. He says he is happy to serve the airmen of the 173rd.