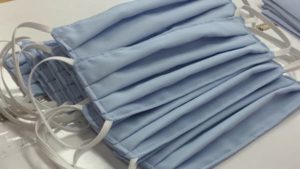 MEDFORD, Ore. —A local woman who made national headlines after refusing to wear a mask in a Texas bank was arrested again Wednesday, at a different business. 65-year-old Terry Lynn Wright, was arrested last week inside a bank in Galveston, Texas.

“Oh no, do not touch me, who do you think you are, back up back up some old lady is getting handcuffed here,” says Wright.

A Glaveston police officer recorded the confrontation inside the Bank of America branch with his body camera.

Wednesday, Texas City Police say the former Grants Pass resident was taken into custody after a similar incident at an Office Depot there.

Employees at the store called the police and said a customer who refused to wear a mask wouldn’t leave the store.

Wright was taken to an area hospital after complaining her foot was injured. She was treated for minor injuries and released.

A warrant was issued for her arrest.