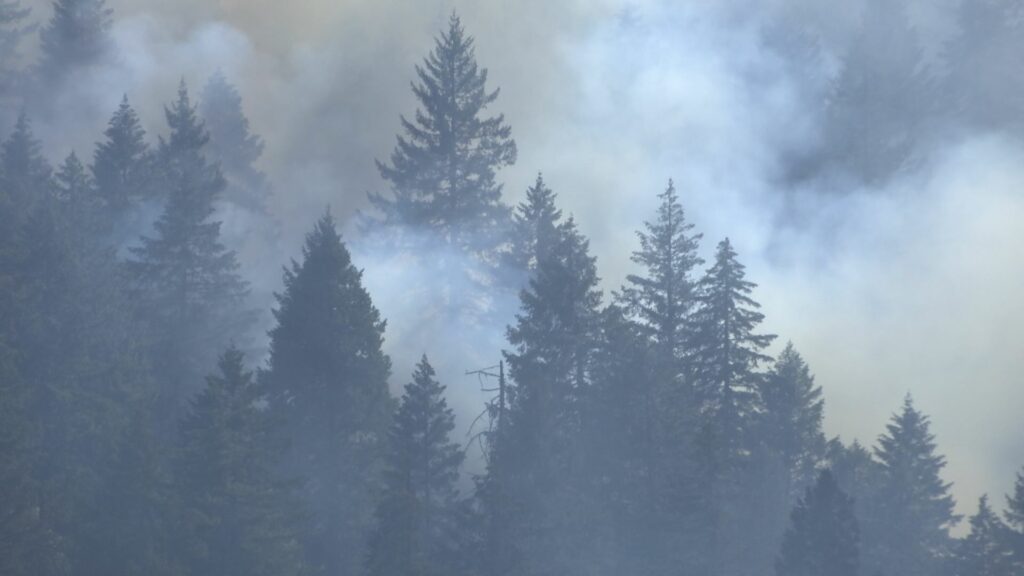 Fire officials said the fire is over 10,700 acres and is still zero percent contained.

Firefighters said that, as of Saturday night, three structures were lost. Two appear to be mining structures, and the other was a home.

Fire officials said that protecting structures is still one of their top priorities.

“All structures from Almeda to Rand have been prepped, and we are continuing prepping to the south. In Rand there were suppression tactics used on the backside of Rand to make sure that fire didn’t encroach on our structures,” said Jesse Stone, Operations, NW Team 13.

The Northwest 13 incident management team says they are confident with the help of ODF and The Oregon State Fire Marshal’s Office that they can start getting a handle on this fire.