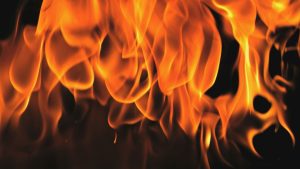 MEDFORD, Ore.– “We just need people to be really vigilant and really aware,” said Natalie Weber, spokesperson for the Oregon Department of Forestry.

The last week of October is known for being scary, but ODF said there’s another reason to be nervous.

Weber said, “Any ignition that we have has the potential to take off this week.”

The department says cold temperatures could actually cause fire danger to rise.

Weber continued, “The cooler temperatures are actually a double edged sword… While we want the weather to cool down… The freezes that we’ve had contributes to how dry our fuels are.”

“Those four factors together are a really, really dangerous combination.”

With so many elements playing a part, firefighters say it’s a daunting task to keep fire spread to a minimum.

Rural Metro Fire in Grants Pass says the task is more about educating the public about what not to do, than anything else.

“We’re seeing cooler nighttime temperatures and I think people have a tendency to associate that with an ok to start doing things that are still considered to be prohibited,” said Rural Metro Chief Austin Prince.

Man found dead in irrigation canal is identified by police