NORTH BEND, Ore — A former North Bend police chief and captain unexpectedly stepped down, as a review into the department is forthcoming.

Chief Robert Kappelman and Captain Curt Bennett left the department on Wednesday. Kappelman shared the news of his retirement on the NBPD’s Facebook page, dedicating the post to his wife.

Kappelman, a 29-year veteran, told NBC5 Friday, that everything that lead up to his retirement would be contained in an investigation.  It’s also unclear as to what led to Bennett’s sudden departure after 29 years.

“They say that a police officer’s life expectancy is 57 years. I’d like to spend more time than that with [my wife],” Kappelman said on the post. “I am so thankful for the people and relationships that have developed in my time as a police officer and chief.”

Back on September 21st, North Bend city councilors voted unanimously in a special meeting, to allow an assessment into the department from an outside agency.  The initiative is led by county administrator David Milliron, who said the review will examine ways to improve the police force.

Councilors approved a “request for proposal,” which will allow Milliron to receive responses from agencies and more on how the review will be completed. 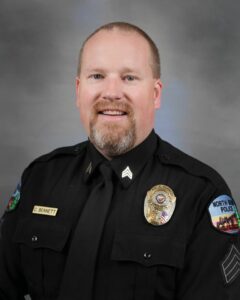 In a Facebook post that was first deleted but later posted on the city’s website, Milliron thanked Kappelman and Bennett for their service while also calling the moves, “abrupt.”

“The evaluation is expected to include on-site visits, significant analysis of current data, and a series of interviews with staff, government officials, and community members,” Milliron said. ” The professional law enforcement study intends to help guide the administration and City Council forward in preparing a strategic plan for future growth and development and address the long-standing concerns that have been discussed dating back to the public safety fee reduction in May 2020.”

Milliron later shared that once the review is finalized, they will begin the process of finding a new police chief and captain. In the meantime, the City will be recruiting two Coos Bay police officers to temporarily fill the vacancies.

“Studies of this nature are predisposed toward the identification of areas requiring improvement,” Milliron said on the professional law enforcement study. “Accordingly, they tend to present what needs work without fully acknowledging and highlighting the positive aspects of an organization. I know we have a great police department with dedicated personnel that wants to evolve into the best agency possible.”

The counselors also did not immediately return our request for comment.

This remains a developing story and more details will be shared as they emerge.