MEDFORD, Ore — In the final part of our series, were examining the long delays at Oregon’s only police academy, and how the Medford Police Department is navigating around the issue.

The Oregon Department of Public Safety Standards and Training, located in Salem, is the state’s only police academy. 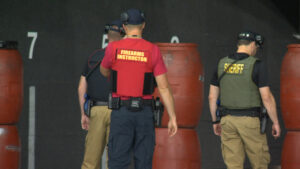 According to state law, an officer must report to the academy no later than the 90th day of their initial hiring at a department.

When enrolled, an officer typically has to complete 16 classes that are spread out over a two-year period.  There would be classes for the first two months, and then a break in between – which would repeat until they graduate.

When there was a class that was off for a month, the academy would bring in a new group to start their training. The process in getting a new class into training would usually be about 90 days – but now its a few months because of a sudden demand in new officers. 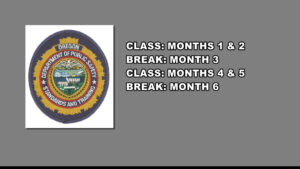 DPSST examined the situation over the past couple of years like a supply and demand model. In 2020, it first noticed a decline in getting new recruits during the height of the pandemic and police reform.

The situation drastically shifted according to Brian Henson, acting director with the DPSST.

“In the context of our basic police students, what we’ve seen is the perfect storm coming out of the COVID years,” Henson said.  “Our constituents could not find applicants. So the applicants that they did find, they were not able to fill positions. In 2022 the tide kind of seemed to change on that where policing was again seen as a viable and noble profession. So our applicant pools became full again.” 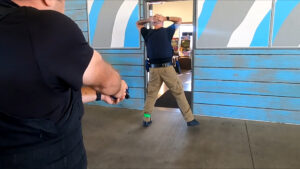 Each class can only hold a certain number of trainees. To ease the strain, the state allowed the academy to increase the number of classes to 18.

However, Henson said it is likely not going to help. As a result, the academy is requesting more funding and increasing the number of classes to 20.

“With the student demand that we have right now, it wont bring everything to the forefront as far as within the 90 day window that the statue requires,” Henson said. “But it will certainly help bring students into the academy sooner than they are currently scheduled, and will get trained officers in the street sooner.”

The next class isn’t expected to start until March of 2023.

Meanwhile at the Medford Police Department, lieutenant Mark Cromwell is taking up a new role. He’s the first at the department to be in charge of getting in new recruits. 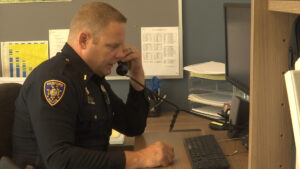 “Our new officers that we hire are trained on patrol,” Cromwell said. “We’re looking for a diversity of experience and life experience because within that patrol role, all of our officers have to respond to multiple different types of calls. That’s how we develop the next detective or next domestic violence advocate is through their work on patrol.”

Although now, Cromwell is shifting from traditional hiring practices. He’s also noticing a nationwide trend of officers leaving the profession entirely, which can take a long time to get staffing back to normal levels.

“Lets say five people retire, it could take a significant amount of time to plug those holes, which would be roughly nine months to one year.” said Cromwell.

Under their new pilot program, lieutenant Cromwell says they’re getting new hires ahead of the process. He’s utilizing zoom to interview candidates out of the area, and coaching them through the application screening. 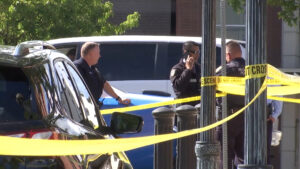 “We believe that if we can train them up to interview better and help them prior to the interview, we can actually get a better assessment of who they are,” Cromwell said. “We are seeing a high numbers of applicants, and we diligently work through them to find the best applicants.”

Once the hires pass background checks, they go through two weeks of orientation to learn about the department and the city of Medford.

The officers will then be sworn in, and go to Salem for official training.

Despite the months-long process in getting new officers on the streets, Cromwell says MPD’s efforts and the community, has made it easier to manage.

“It does become challenging to keep everybody safe and do our job.” said Cromwell.