ASHLAND, Ore — A staggering trend of people across the world left the job market in 2021 – commonly known as the great resignation. The impact also trickled down to police departments across Oregon.

The Ashland Police Department faced financial impacts as a result of the coronavirus pandemic.

“The finances of the city necessitated that we makes some cut backs,” Chief Tighe O’Meara said. “It wasn’t that we lost staffing because people got COVID-19, its that COVID caused the city to shut down. That stopped producing money for the city’s general fund which is where the [Ashland police] department gets its money.” 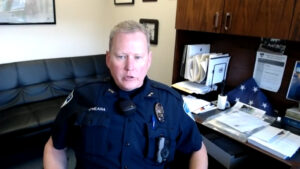 In the city of Ashland, a five percent sales tax is applied to any prepared meals like restaurants. The money goes towards the general fund and ultimately to the Ashland Police Department and other city departments.

O’Meara noted that the budget situation forced APD to cut its authorized strength of 32 total officers to 28.

In addition, O’Meara said more officers left the profession entirely – much like other police agencies across the nation. His unit then went down from 28 to 20 as of March.

“That’s unprecedented in my 12 years at the Ashland Police Department,” O’Meara said. “Normally when people get into law enforcement, they stay in law enforcement until they retire. Or they’re compelled to leave for some reason.” 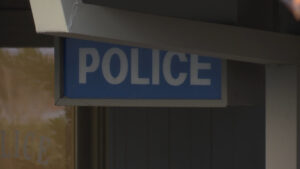 As of October, 23 officers are employed at the department, and 20 are currently on patrol. The other three are attending the police academy.

Though, there’s currently a months long wait at Oregon’s only police academy in Salem.

In the meantime, O’Meara is hoping there’s enough officers in the community.

“Patrol of course is the backbone of the department, and were continuing to staff that at minimum levels,” O’Meara said. “We’re still responding to all the calls of service.”

Hope is on the horizon for the APD force, following promising news from OSF. The organization announced new changes ahead of its upcoming season, including low ticket prices and a mix of classic shows. 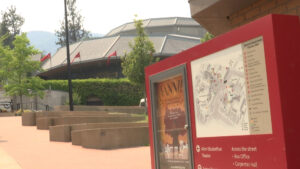 In late September, OSF shared that it surpassed its fundraising goal. The announcement is a boost for local restaurants.

“We see a huge increase, i’d say June, July and August,” Zahara Cullumbine, general manger of Brickroom, said. “Those are the three biggest months, and it definitely has an impact on us.” 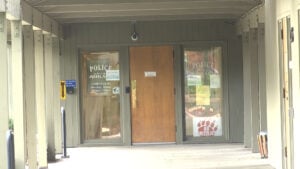 Chief O’Meara is optimistic in the city’s future as it continues to rebound after an unprecedented last few years.

“We seem to be heading back towards some level of normalcy,” O’Meara Hopefully the hotels, restaurants and bars will be filled, and everybody can start making some money again –  including the city of Ashland.”