JACKSON COUNTY, Ore — As many police departments face a number of unexpected vacancies, the Jackson County Sheriff’s Office is holding steady, at least on the patrol side.

“We’ve been pretty close to full,” fifth-year Sheriff Nathan Sickler said on the numbers within his patrol unit. “You do have some vacancies and turnover. But we’ve been able to have good applicants come in and fill those positions.”

The Sheriff’s Office covers about 2,800 square miles, with a population of more than 206,000 people in Jackson County. It’s coverage area includes unincorporated communities like White City and Shady Cove. 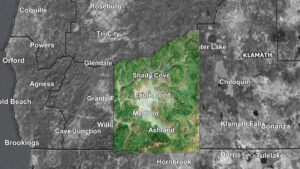 According to Sheriff Sickler, JCSO has four patrol sergeants, four patrol corporals, and 16 deputies. The deputies are split up to cover the different areas in the county.

Sickler says because of the responsibilities and size of the communities, it’s not as many deputies as it seems.

“Getting everyone to work everyday is not really a reality, so those things are a challenge,” Sickler said. “But we do a pretty good job overall of keeping a good number of patrol cars on the road.” 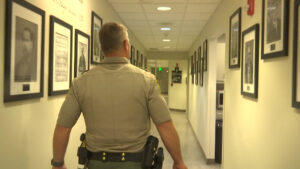 Over the last year, one of the sheriff’s biggest concerns has been the fight against illegal marijuana grows. With new state and federal funding, JCSO can add up to eight positions to tackle the issue.

“That’s going to be a huge resource, and give us significant more capacity in dealing with illegal marijuana.” said Sickler. 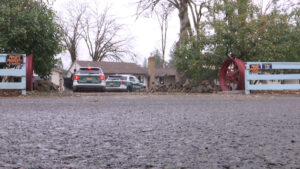 Along with marijuana, Sickler is continuing to deal with the lack of space at the Jackson County Jail. He pushed to get a new and bigger facility in the 2020 primary election, but it was rejected by voters.

“The  jail staff works extremely hard and the correctional facility is undersized,” Sickler said. “It causes challenges for those that work in the facility to try and manage things.”

Sickler believes that adds to the turnover the county faces at the jail because of the tough environment. He says it is a lot easier to get new patrol deputies than it is corrections officers. 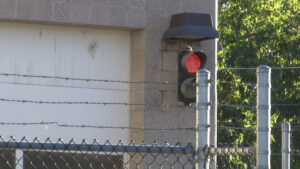 “There’s only so many jails in the state of Oregon but there’s a lot police departments,” Sickler said. “When people want to come and work patrol in different areas of the state or different departments in Jackson county, there’s a lot bigger pool to pull from in regards to laterals versus corrections.  We are hiring all the time, we’ve got people in the process, and we’re hoping to build those staffing numbers back up.”

Hiring today in law enforcement is a challenge, as police face increased scrutiny following events like the murder of George Floyd, and death of Breonna Taylor.

Sickler said he understands it can lead to frustration for officers and doubt in getting new recruits. Despite that, he appreciates the support from the residents in Jackson county over the years. 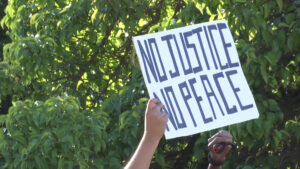 “I always thank the community for that,” Sickler said. “Their support makes a difference on when people choose where they may or may not want to work, so it is nice here.

But those things that happen nationally and at the state level, you cant shield everybody from that entirely.”