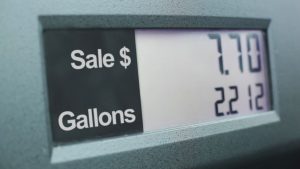 The 2 cent increase is part of the “Keep Oregon Moving” legislation that passed in 2017.

That brings the gas tax for Oregonians to 36 cents a gallon.

According to the state, nearly $60 million dollars will be raised through the increases, which will be divided between ODOT, Oregon counties and cities.

The money will go towards road improvements across the state.