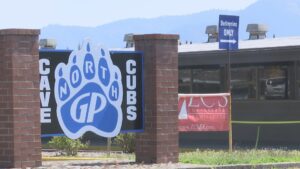 GRANTS PASS, Ore. – Two Grants Pass educators are under investigation for making public statements about proposed LGBTQ+ legislation. North Middle School Assistant Principal, Rachel Damiano and 7th-grade teacher Katie Medart said district leaders were fully aware and supported their message. It was only after the district received push-back from the community did the district take action.

NBC5 News told you last week about how the two women were sharing their personal beliefs on the proposed legislation at both the state and federal level on the internet.

Some are calling the comments made by the educators insensitive and are asking for the school district to fire them. The educators said they’re expressing their personal opinions for “pragmatic, loving, and inclusive verbiage adjustments”.

The district has hired an outside investigator to look into the educators’ actions. Grants Pass School District 7 declined to comment today on the educators’ claims.