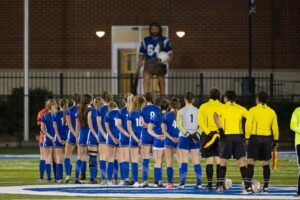 It’s the first time the team has won the conference in 18 years.

Tied one to one, the game went into overtime with a shoot-out.

Grants Pass made the winning goal, which senior players Sam Borngasser and Kaelynn Teagle say has made for a great ending in their high school sports careers.

“It was like the greatest feeling and it was just leading up to the end of the season, we were looking forward to this match up again because we lost the first game, then we tied and then we took the win,” said Teagle.

The ladies’ coach says their teamwork and support for one another is what made the team’s offense even stronger.