Hyatt Lake opens but with concerns 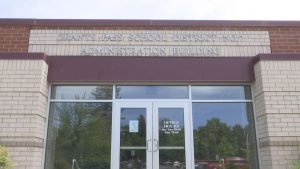 South Middle School teacher, Ryan Clark filed a lawsuit against his employer. He said his First Amendment rights were violated.

This comes after he was reported by a colleague when he participated on his off time in an evangelical group called the Rogue Valley Salt Shakers. According to the lawsuit, the district forbade Clark from preaching with the group, calling it hateful.

“If you truly believe that hell exists, then the most loving thing you can do is to warn people about it and try to prevent people from going there. And that’s where Ryan’s heart’s at,” said Ray Hacke, Clark’s Attorney.