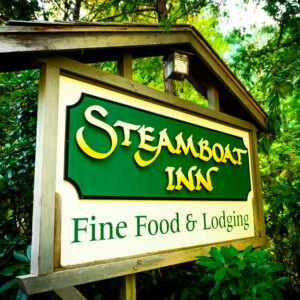 DOUGLAS CO., Ore.- A historic inn deep in the Umpqua National Forest is going up for sale again. This will be the fourth time the Steamboat Inn of Douglas county has prepared to hit the market.

Owners Travis and Melinda Woodward bought the Steamboat Inn in 2017 as part of a 20-year retirement plan. The owners say they always planned to sell the Inn eventually, but recent events have spurred on the decision.

“Covid and the fires and everything- it put a little more emphasis on doing it a little sooner since it is such a process,” explained Manager Jesse Gooden. He adds that despite the trials of the past few years, the Inn still has all the magic he felt when he started working there years ago.

Before the current owners bought it, it had been on sale for seven years, so they understand it may be a long process to sell it. It’s another reason why they are getting an early jump on getting it on the market.