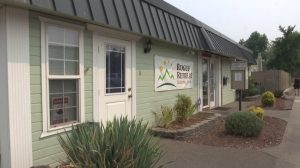 Rogue Retreat’s campground is just off Biddle Road near the Bear Creek Greenway. It opened in late July to help people already living there.

The nonprofit said in just over a month, it’s served 60 people struggling with homelessness and 20 have moved on to better housing and shelter options.

The City of Medford said the campground could be expanding to 40 campsites. The organization said that’s 15 more people they can serve daily.