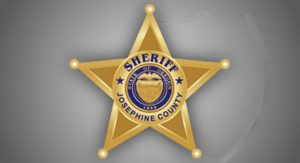 JOSEPHINE COUNTY, Ore. —The Josephine County Sheriff’s Office is painting a picture for the public, as it continues to search for a permanent funding stream.

For the majority of Sheriff Dave Daniel’s time in law enforcement, it’s been funded through multiple levies in Josephine County. Sheriff Daniel says, right now the sheriff’s office is looking at a $1.5 million deficit to its budget.

He says the hardest-hit area, will most likely be patrols. Some funding options that were brought up include a season sales tax or a taxing district.

“We don’t ever wanna go away and we want the public to help us with that, that’s really it, it’s an honor to be in this profession and serve the citizens down to every deputy, and were hopeful we can get some help and find some funding,” said Sheriff Daniel.

Sheriff Daniel says a funding measure will likely be on the ballot either in a special election in October or in the general election in November.