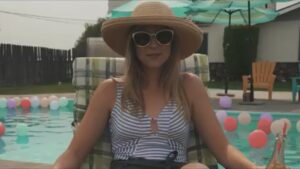 KLAMATH FALLS, Ore. – A rising star is coming home to Klamath Falls as a featured performer.

Racyne Parker is a country singer and songwriter from the Klamath area.

She’ll be the featured performer for the Klamath Folk Festival hosted at the Ragland theater.

“It’s going to be such a wonderful thing to bring us all together,” said Racyne Parker, singer & songwriter. “To, you know, just reconnect!”

The Klamath Folk Festival will start this Saturday from 12 pm-6 pm.