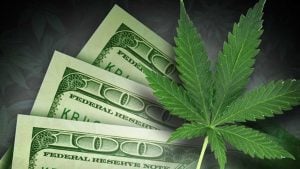 MEDFORD, Ore.–When the owner of House of Leaves cannabis shop was alerted about the Almeda Fire, he said he drove 3 hours to get to his Ashland location.

His shop survived the fire, but since then, he said he’s been doing his best to help those, who’s homes didn’t. The owner of the business, who wanted to remain anonymous, said he’s given $25,000 so far.

He says he lost his rental mobile home in the fire.

A spokesperson for the company says it’s an honor to give back. Cassie Beach said, “I’m just super happy to be behind a company and an owner of a company who’s willing to give his own money and raise donations. And its awesome to see a community come together after the devastation.”

House of Leaves says its partnering with the United Way of Jackson County, along with other cannabis dispensaries across the state, including Redwood Dispensary in Grants Pass.

The owner says he, along with his partners in raising the money, have amassed nearly $200,000 for the community.

He said he has no intention of stopping soon.