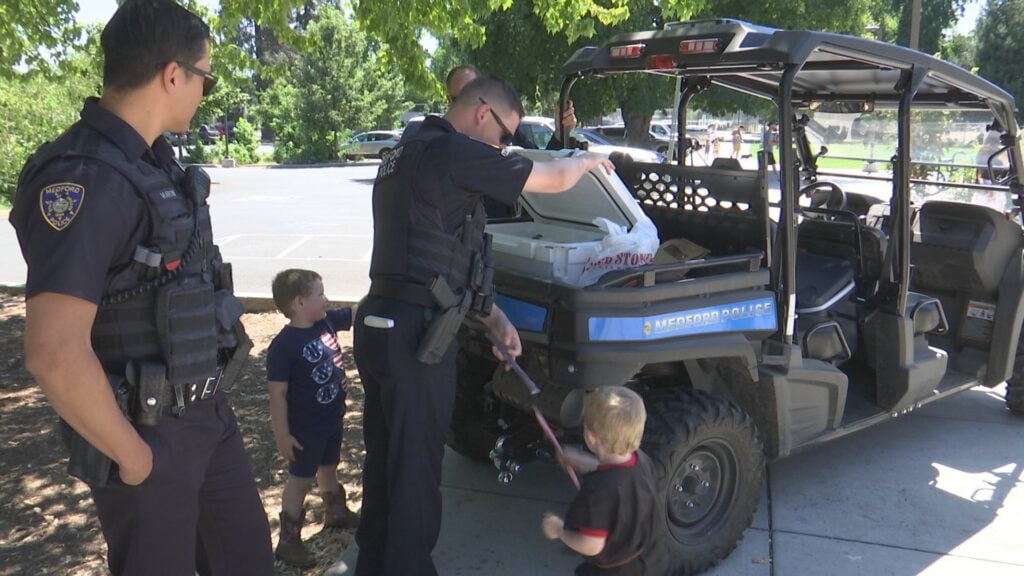 MEDFORD, Ore. – Members of the Medford Police Department were out on popsicle patrol on August 13th at Hawthorne Park handing out popsicles to kids.

Police say they were handing out Copsicles to everyone at the park to help build trust and good relationships with people in the community, as well as encourage people to come and enjoy their local parks.

“It’s definitely a different experience than what a normal patrol officer gets to experience every day so we are having a blast out here giving out Popsicles, delivering smiles instead of bad news, it’s a great day,” said Sgt. Tom Venables with the Medford Police Department.

Sergeant Venables says the police department appreciates the communities support and they are happy to give back.

MPD says it will have its last popsicle patrol of the summer Saturday, August 27 at Lone Pine Park from one to three.