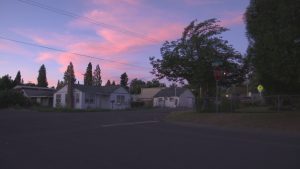 MEDFORD, Ore. — A manhunt was underway tonight for a man suspected of stabbing a person in Medford, until police say the investigation took a turn.

MPD says they responded to an initial report that a man was stabbed on Wabash Avenue shortly after 7 this evening.

The victim said someone stabbed him while he was out getting his mail.

After calling in K-9s and several officers to search for the reported suspect, police tonight are now saying their investigation is leading them to believe the non-life threatening injuries were self inflicted.

They added that the investigation is still under way.