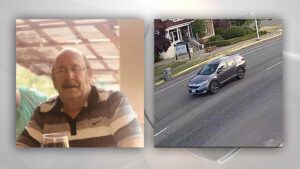 GRANTS PASS, Ore. – A man who was reported missing in Grants Pass was found.

Police said 74-year-old Hayden “Jay” Collins went missing on the morning of July 20 in the area of Ramsey Avenue in Grants Pass. He was driving a Honda CRV that was last seen on Union Avenue near the hospital. Investigators believed Collins was in danger.

On the morning of July 22, the Grants Pass Department of Public Safety announced Collins was found safe.

“We appreciate the assistance from the public and our partner law enforcement agencies to find Mr. Collins,” GPDPS said.

No further information was released by officers.