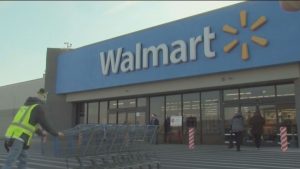 MEDFORD, Ore. — A lot of people locally have been talking on social media about suspicious people following them at local stores.
Medford Police says it’s extremely rare for someone to be kidnapped forcefully in public places.

Police say most videos circulating on social media about vehicles being ‘tagged’ or ‘marked’ in parking lots have been debunked.

Mostly, Lieutenant Budreau says be cautious of your surroundings if you think someone is following you.

“Trust your instincts, a lot of times when people have the feeling in their gut that something isn’t right but they don’t act on it, something bad happens – so definitely trust your gut,” said Lieutenant Budreau.

He says anyone who thinks they’re being followed, should ask a store employee to escort them to their vehicle or call police.