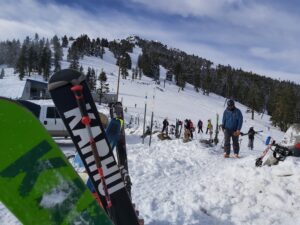 ASHLAND, Ore. — Bavarian Night for Mount Ashland is normally a well-attended event with torches, skiing, raffles and food in the lodge.

This year the event is going virtual with all of the money from the raffle going to the “Phoenix-Talent Schools Fire Relief Fund.”

The lodge at the mountain is closed because of COVID-19 regulations which made hosting the annual fundraiser a challenge.

“Members of the committee are folks that are already working with groups that were in need from the fire and so that was one of things is we figured, if we can be the conduit to rally the mountain community around this event,” volunteer ski patroller, Zac Kauffman, said.

The raffle ends Saturday morning and winners will be announced later that day.