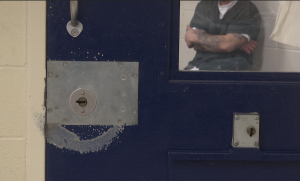 The National Alliance on Mental Illness Southern Oregon or NAMI says it acknowledges the county needs a new jail and is not against the idea.

However, it feels this proposed measure needed more ideas to keep people out of jail who shouldn’t be there.

For instance, a pre-diversion program like ‘CAHOOTS’ in Eugene, which stands for ‘Crisis Assistance Helping Out on the Streets.’

“We want to keep as many people with mental illness out of jail as possible because jail is not at the best place to receive mental health services, it’s not a healing environment,” said Meesha Blair, NAMI So. Oregon.

Blair hopes if a new jail is proposed soon, a program like ‘CAHOOTS’ would be part of the goal and reduce bookings.