MEDFORD, Ore — Some residents at an apartment complex in Medford are being hailed as heroes, after making quick rescues during a fire late Saturday night.

Firefighters were called to the Village Apartments on the 700 block of Royal Avenue around 8:00 p.m. The fire was knocked down shortly after, but multiple units have been damaged. 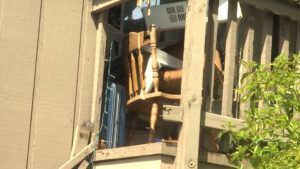 RELATED: One hospitalized after fire at apartment complex in Medford Saturday night

Gershon Orozco lives just a few units away from where the fire occurred. He and other residents quickly jumped into action, after hearing people on their balconies pleading for help.

“I heard help.. so I jumped up, threw on my boots and ran through the front door,” Orozco told NBC5. “I hopped the fence, grabbed the bench and [someone] helped rip the fence down and gave us more room.”

Orozco said he was shocked at first when he saw the flames, but quickly realized there were possibly people trapped inside. He said they rescued about four people including children from the second floor of the apartment. 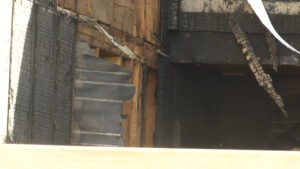 Medford Fire Rescue said one person was taken to the hospital for burn injuries. The severity and the status of the person remains unknown at this time.

MFR investigators are continuing to look into the cause of the fire.