The Board of Supervisors passed urgency ordinance 21-08 on May 4th, that restricts water trucks with more than 100 gallons of water from travelling on “certain specified County highways.” The County says its aimed at curtailing illegal marijuana grows and crime in the area. 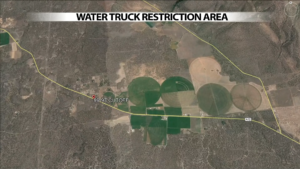 “It’s really to protect everybody, that’s our jobs as law enforcement officers,” Siskiyou County Sheriff Jeremiah LaRue told NBC5. “It’s such an emergency that we hope people understand that we have to deal with the issue. It’s best dealt with by controlling the water.”

The restrictions target rural unincorporated communities in Butte Valley and Big Springs. A large portion of the population represent the Hmong community. Days after the ordinance was passed, protests were held outside of the County courthouse with signs reading, “Asian lives matter” and “we need water to live.”

Attorney Raza Lawrence is representing a few of the Asian Americans in the affected communities. He says they do not have reliable access to water, and cooperated with local farmers to use their wells via the water trucks. 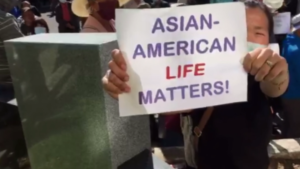 “We think the only reasonable explanation of what’s going on is racism,” Lawrence told NBC5. “The water truck ban only applies on certain roads, and those roads are in the Hmong areas. The same rules don’t apply in Caucasian areas where other races live.”

Sheriff LaRue struck down claims  about the order being racist. He says its focus is on large amounts of water being transported to illegal grow sites, and the violent crimes attached with it. LaRue says his office is currently investigating five homicides linked to the areas.

“People might look at that and think why are you picking on certain roads but that’s our jobs.” Larue said. ” To determine where the crimes are occurring we have to target the crime, we’re not targeting the people.” 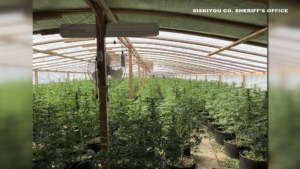 Lawrence asked the County for a temporary hold on the ordinance until they settled through the legal process, but says he was denied.

“It’s turning into a humanitarian crisis basically,” Lawrence said. “It seems to the Hmong residents of the community that they’re essentially being driven out of the community with these policies.”

The Siskiyou County Board of Supervisors did not return our request for comment on the situation.

This remains a developing story and more information will be posted as it emerges.