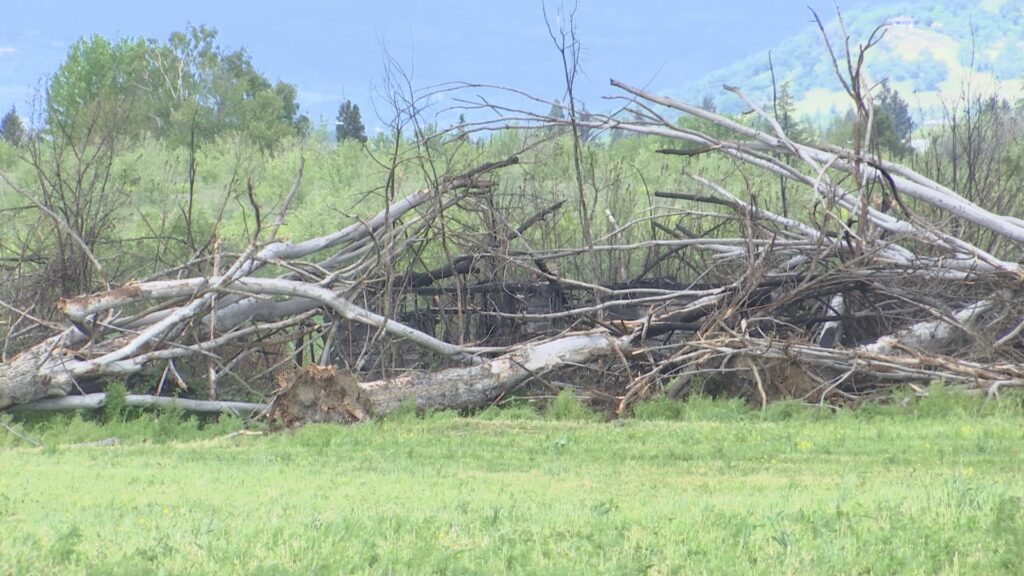 MEDFORD, Ore. – We’re learning more about the structure fire we told you about in south Medford on Wednesday, May 4th. The fire started before 4:30 pm on the 400-block of Experiment Station Road in south Medford.

The abandoned structure used to be a part of the OSU Extension Service. One of the Extension Service’s representatives told us they sold the property a few weeks ago to a Californian company. Firefighters say when they arrived they determined the structure to be a complete loss.

“Based on the condition of the house which was fully involved there was fire out all of the windows, out the doors, it had already gone up through the roof. They declared it a defensive operation which means we focused our resources on preventing the fire from spreading to anything else in the area,” said Steve Parks, Deputy Fire Marshal for the Medford Fire Department.

Parks said it took them some time getting to the fire because of the isolation of the property, firefighters had contained the fire by about 5 pm. Parks said that no one was injured and the cause of the fire is still under investigation.