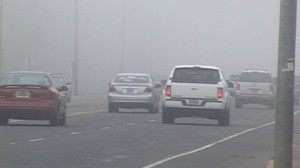 SOUTHERN OREGON, —With the winter driving conditions, the Oregon Department of Transportation says its seen several crashes, and spin-outs affecting the flow of traffic.

Southbound I-5 crashes are now clear, after one involved two down motorcycles. Northbound traffic was also tied up at the exit 1 chain checkpoint, but that is also back open. ODOT says the accidents are mainly because of drivers going too fast for conditions and not giving enough room.

One Ashland resident says he was in traffic on I-5 for three hours Monday near the Hilt exit on the border.

“I hope people keep in mind that weather can change on a dime and you have to be prepared for everything,” said one Ashland resident.

“Just slow down and so that will give u extra following distance, better reaction time,” said ODOT spokesperson, Gary Leaming.

To stay up to date on the latest driving conditions, check TripCheck in Oregon or QuickMap in California.