SALEM, Ore — With health care workers and educators required to be fully vaccinated against COVID-19 or granted an exemption before returning to work as of Monday in Oregon and Washington, public health officials say mandating immunizations are not new. 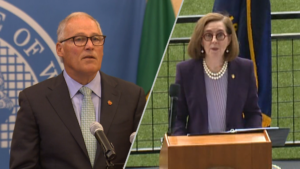 “They are not new, they have actually been a cornerstone of public health,” Dr. Jennifer Vines, health officer with Multnomah County Public Health, said. “Improving the health and lives of people for over 100 years since vaccines were invented.”

According to Pew Research Center, all fifty states require immunizations for children to go to school. Most of the vaccinations are to protect against diseases like chicken pox, polio and measles.

Healthcare workers in Oregon are already required to be vaccinated against Hepatitis B.

Jackson County Public Health director Doctor Jim Shames, says he’s surprised at the recent pushback from many people over the mandate. He believes politics and social media have negatively impacted the vaccine rollout. 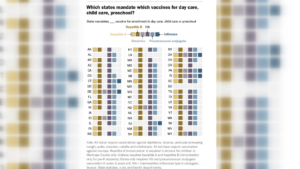 ““I haven’t seen them expressed like this before in my lifetime, Shames told NBC5. “It’s really a shame that people are distrustful of some that they used to trust quite a bit. Especially people who are in situations where they are putting others at risk, like health care settings or perhaps schools or congregate care situations.”

Legal experts believe that lawsuits against Governor Kate Brown and President Joe Biden over the requirement will face an uphill battle in court. During the Jacobson v. State of Massachusetts Supreme Court hearing in 1904-1905, justices ruled in favor of the state for mandating vaccinations against smallpox. One of the Justices’ reasonings behind the ruling, was that the state acted within its powers to pass a law to protect the health and safety of the public.

“You could go to court, sue about it and lose in requesting the preliminary injunction, but your case might not be dismissed.” Paul Diller, law professor at Willamette University said. “It’s just that in the meantime, it takes effect and you might be out of a job. But the lawsuit might get heard in depth in the court a year later.” 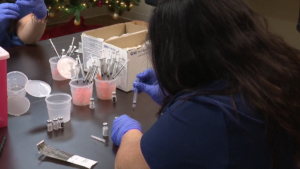 Shames recognizes the frustration from people that disagree with the mandate, but says the requirement is helping control the virus.

“From a public health perspective, the vaccines have accomplished the goal of increasing vaccination rates, ” Shames said. “COVID is a serious disease and we want to use all the tools that we can to eliminate it.”