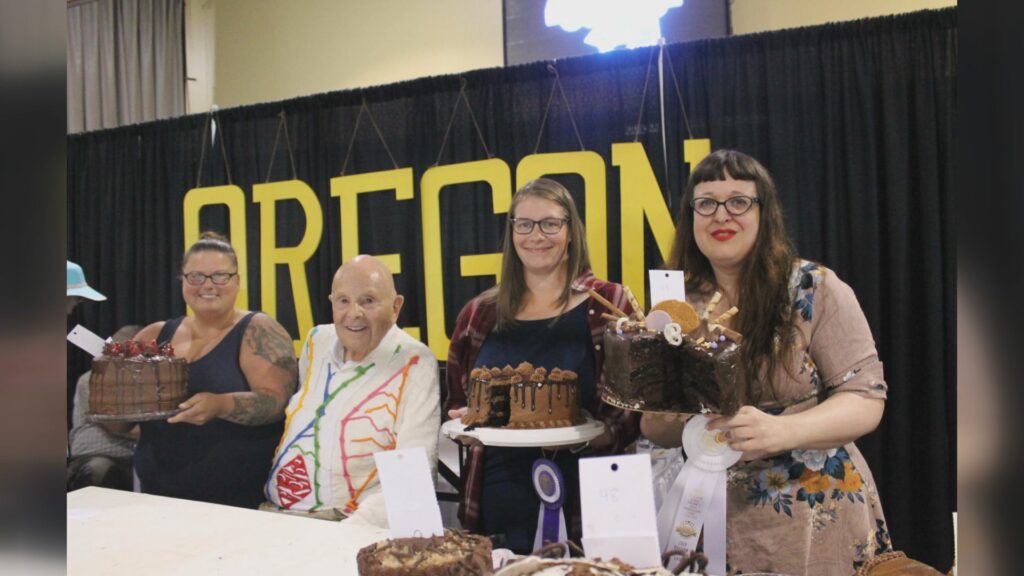 SALEM, Ore. – After one of the most remarkable, eventful, and influential lives in the history of the state, Oregon legend Gerry Frank passed away on March 13th.

After serving in world war two and attending both Stanford and Cambridge, Frank helped manage his family’s iconic department store Meier and Frank in Portland.

He went on to make an impact on decades of Oregon politics serving as Senator Mark Hatfield’s chief of staff for twenty years. He cast such a large shadow in Oregon politics and Washington, Frank was often referred to as “Oregon’s Third Senator.”

He went on to raise millions of dollars for a handful of nonprofits and even wrote books about his beloved Oregon and where to eat in his home away from home, New York City.

Frank’s famous love of chocolate cake even led him to act as the sole judge of the chocolate cake contest at the Oregon State Fair for sixty years! He even went on to open an iconic Salem cake shop.