SALEM, Ore — In an effort to improve communication in counties during serious emergencies, the state is releasing a new system this summer.

“OR-Alert” can be activated by local and state emergency officials, to notify residents of a disaster and any evacuation notices quickly.

The new system was introduced a month after devastating fires blanketed much of Oregon last September. Following the Almeda Fire, local residents reported not receiving an emergency alert notification from Jackson County. 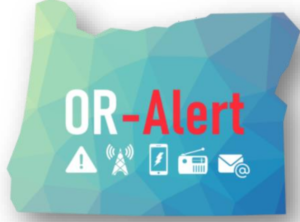 It was later determined that Jackson County chose not to send out a mass county-wide alert, but instead used “citizen-alert” through Everbridge.

The alert only went out to a limited number of people with landlines or subscribed to it in advance.

“We met with hundreds of people who say they did not receive an official notification about what happened,” State Representative Pam Marsh told NBC5 about Rogue Valley residents not knowing about evacuation orders. “They were really saved by people going door to door.

“If you really don’t want to get [the alerts] you can take yourself off the list,” Marsh said. “But if you do nothing, you will be warned if there is an emergency in your area. I think that’s a tremendous step forward.”

The state plans to implement the new system while maintaining the current E.A.S. warning , and will train local officials to send alerts efficiently.

“It will empower them to better communicate with their communities,” William Chapman, Statewide Interoperability Coordinator, said in a statement.

It is expected to be released sometime this summer, ahead of potential wildfires. During the same timeframe, an outside agency is expected to release its report on Jackson County’s emergency response to the Almeda Fire.

“We are stepping up to make sure its better next time.” Marsh said.