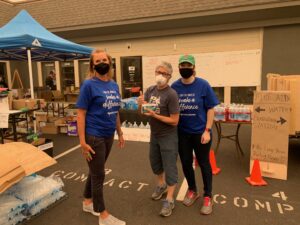 The power company says it plans to restore power to more than 3,000 customers in Southern Oregon by Sunday evening. At 3 p.m. Sunday, about 8,900 customers remained with service in Oregon and northern California because of fire activity. Another 2,500 customers are without power because of a power shutoff in Weed, Calif., until later today.

The company is working with the Red Cross and local agencies. Support is available for those in wildfire-affected areas at the following community shelter locations: