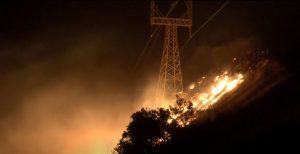 Under a plea agreement, PG&E will pay a maximum fine of $3.5 million in addition to $500,000 to cover the county’s costs of the criminal investigation. The company has also agreed to pay $25.5 billion for losses from the 2018 fire and other blazes in 2017.

The families of the victims are expected to make statements in court Wednesday. The company will be sentenced later this week.