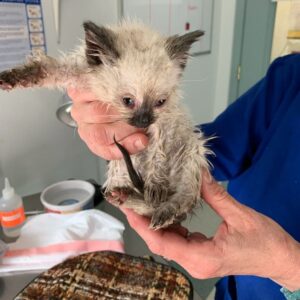 According to the Mount Shasta Police Facebook page, it got a call 54-year-old Daniel Brown of Yreka, told hospital staff he had killed cats.

Hospital security found two dead cats and a third that was still alive in Brown’s car. After an investigation, Brown was charged with animal cruelty.

The cat was taken to the Siskiyou Humane Society. They say it’s gotten an overwhelming amount of requests for the cat, which will be up for adoption soon.