On Wednesday, Canadian-based company Pembina filed a “request to vacate authorizations” document with the Federal Energy Regulatory Commissions. It cited its inability to, “obtain necessary state-issued permits and authorizations from various Oregon state agencies,” as reasons behind the decision.

“This is really exciting news, there are thousands of people across southern Oregon that are celebrating,” Allie Rosenbluth, campaigns director with Rogue Climate, told NBC5 Wednesday. “Our communities demanded the state of Oregon to deny permits for this project, and the state listened.”

Pembina proposed to dig a 229 mile-long pipeline from Malin in Klamath County – through several more southern Oregon counties to Coos Bay. The gas would have then been liquefied at proposed Jordan Cove ports in Coos Bay, before exporting to Asia. 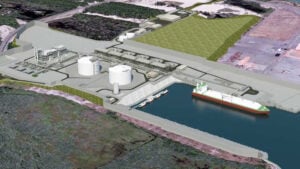 “It would have become the largest source of climate pollution in the state of Oregon and it would have harmed hundreds of rivers including the Rogue [River],” Rosenbluth said. “The state also got involved along with landowners, many tribes, and other environmental climate organizations in actually challenging the FERC approval that Pembina has asked to cancel.”

Deb Evans is one of the many people that would have been affected by the project. She’s owned a property in Klamath Falls since 2005 and was filled with emotions after learning about the move.

“I’m just overwhelmed at how long this has been and how long we’ve waited for this day,” Evans told NBC5. “My husband and I hugged each other and it’s pretty emotional.”

Rosenbluth said Pembina’s reversal will only give her non-profit, and other environmental activists across the country more confidence in fighting for their beliefs. 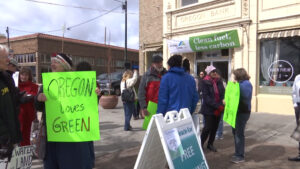 “If any fossil fuel corporations, decide to propose a similar project like Jordan Cove LNG, we will be here, and thousands of other people will be here to stop it,” Rosenbluth said.

Pembina shared the below statement regarding the decision:

“On December 1, 2021, Pembina notified the Federal Energy Regulatory Commission (FERC) of its decision to not proceed with the proposed Jordan Cove LNG project, and have requested that the Commission vacate the authorizations issued for the project.  Pembina remains committed to our financial guardrails and to prudently allocating capital towards projects where regulatory certainty exists.  We are thankful for the support we have received from community members across southern Oregon and the Rockies Basin.”