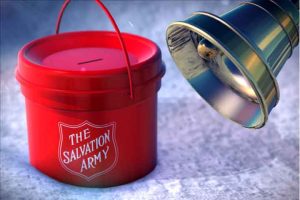 CENTRAL POINT, Ore.– Over 13,000 families in the Rogue Valley have received donated toys, gift cards, and clothes for Christmas, as the organization’s largest event of the year wrapped up on Monday.

It said it couldn’t have handled the abnormally large amount of families in need without the help of the Jackson County Expo.

Koenig said this year’s event was special and different from any other year.

“With the large parking lot that the expo has, we were able to turn this into more of a drive thru distribution,” he continued.

Volunteers say the long hours over the weekend was well worth it.

Cara Presley, event volunteer, said, “I feel so great giving back to the community, its been a little emotional.”

Koenig said volunteers worked from 9 in the morning, until 8 at night both Friday and Saturday.

One woman who was there to pick up toys for her grandchildren, said all the time and energy will be worth it for the kids who need it most.

That woman, Donna Brewer, said, “Its really going to be a highlight, it’ll make their day.”