Afatal shooting rocks Josephine County, leaving one man dead and a community reeling. Police now have the alleged shooter, Laurence King, of of Selma in custody. NBC5’s Laura Cavanaugh has the latest.

Gun shots rang out just after1:30 Thursday afternoon. The Grants Pass Department of Public Safety confirming that 29 year-old Daniel Baker was shot and killed in this parking lot. It all happened in plain sight of dozens of witnesses.

“He came in to buy cigarettes. We heard a big boom, sounded like a backfire,” said Larry, an employee at the gas station.

Witnesses say Daniel Baker exited these doors and approached Laurence King’s vehicle as if the two knew each other. What happened next went totally wrong. They say King picked up a shotgun and delivered one fatal shot.

“The guy gets out of his truck. He lifts his shot gun, walks out in front and shoots one off and the guy drops. He gets in his car, backs up and calmly drivesoff,” says Seth Smith, who witnessed the incident.

“I went to see what they were doing and they were getting ready to put the spike strips out,” said Gerig.

As for motive for the shooting, a preliminary investigation reveals the two men knew each other. Police believe the incident was planned by King.

“I want people to know the suspect is in custody. It wasn’t random,” said Deputy Chief Bill Landis of the Grants Pass Department of Public Safety.

In fact, we looked up their rap sheets. The two men bothhad a criminal history. The deceased, Daniel Baker, was convicted of seven offenses, including Criminal Trespass and Identity Theft, among others. The alleged shooter, 30 year old Laurence King, was convicted of Assault and Domestic Abuse. Violence that ended in loss of life for one man and perhaps prison time for another.

King is currently at the Josephine County Jail charged with Aggravated Murder, Felon in Possession of a Firearm and Unlawful Use of a Weapon.

The Shell Station was sealed off by crime tape and the store shut down for four hours to allow police time to collect evidence. That station is now back open for business, but those that witnessed Thursday’s shooting say it will take some time to shake those vivid and violent images. 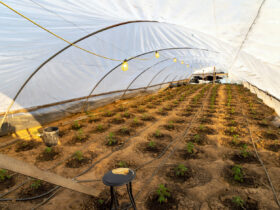